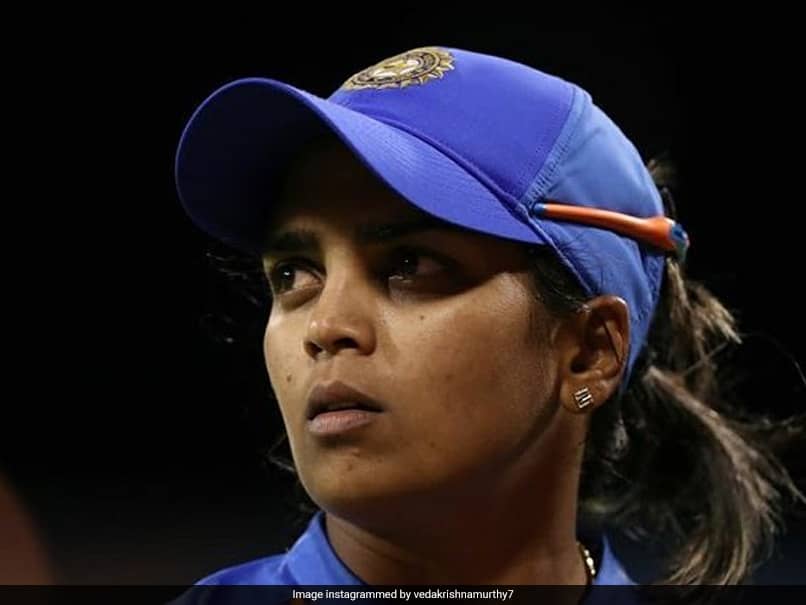 
The bereaved Veda Krishnamurthy on Tuesday thanked the BCCI and its secretary Jay Shah for reaching out to her following the twin tragedies in her family, days after the board faced some sharp criticism from former Australian captain Lisa Sthalekar. Earlier this month, the flamboyant middle-order India batter lost her elder sister to COVID-19, two weeks after her mother succumbed to the dreaded virus. Veda took to Twitter to acknowledge the BCCI’s support during “this unprecedented time”.

Have been tough last month for me and family and I’d like to sincerely thank the @BCCI & Mr @jayshah sir for calling me few days back and extending support in these unprecedented times. Many thanks sir @BCCIWomen

“Have been tough last month for me and family and I’d like to sincerely thank the @BCCI & Mr @jayshah sir for calling me few days back and extending support in these unprecedented times. Many thanks sir @BCCIWomen,” Veda tweeted.

On expected lines, Veda was not included in the Indian Test and ODI team for next month’s tour of the United Kingdom, announced by the board last week.

However, former Australian women’s team skipper Sthalekar had claimed the BCCI neither checked on Veda nor communicated to the India cricketer its decision to not consider her for the upcoming tour of England.

“Whilst not selecting Veda for the upcoming series may be justified from their point of view, what angers me the most is that as a contracted player she has not received any communication from BCCI, just to even check how she is coping,” Sthalekar had said.

“A true association should deeply care about the players that play the game… not focus solely on just the game at any cost. So disappointed,” the ICC Hall of Famer had added.