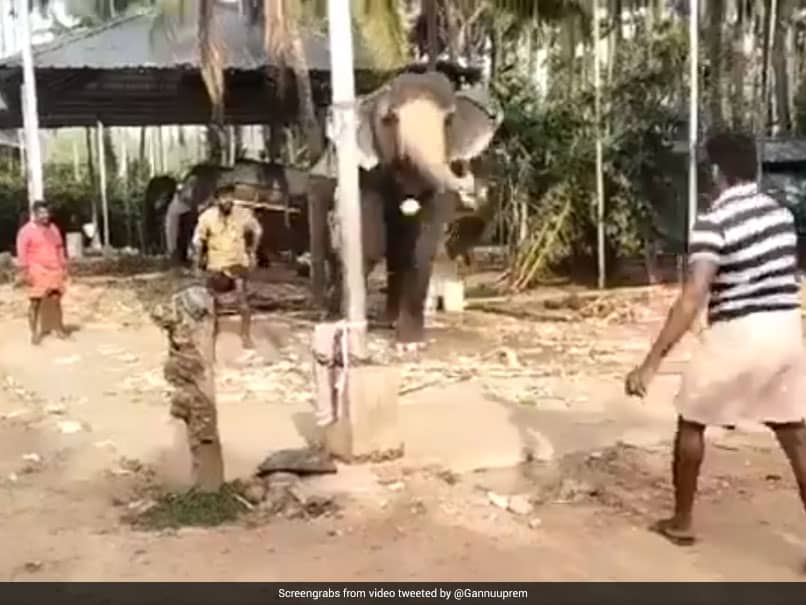 The elephant showed his shot selection much to the amusement of his human friends.© Twitter


Former England cricketer Michael Vaughan is known to keep his fans well-entertained through his social media posts on a regular basis. On Saturday, the former England skipper took to Twitter to share a viral video of an elephant playing cricket. In the video, the elephant can be seen hitting the ball in different directions, much to the amusement of his human friends in the footage. The video was well-received by fans, and Vaughan captioned it as, “Surely the Elephant has an English passport !!”

Here is the video:

Surely the Elephant has an English passport !! https://t.co/scXx7CIZPr

Pitch is dusty.. England players can’t play on it

Another commented, “shows more intent than Malan in t20s. could replace him.”

shows more intent than Malan in t20s. could replace him.

The 46-year-old is known for his outspoken personality, and recently he even showed his support for the Indian Premier League (IPL) 2021 season. Before the tournament got postponed, he stated that the league should carry on as it brings joy to the billions of people every evening in these tough times during this COVID-19 pandemic.

Taking to Twitter, the former England captain wrote, “I think the IPL should carry on .. The joy it will be bringing billions in these awful times every evening is important .. but I do find it tough to think back how England & Aussie pulled out of games in SA,yet both countries players are allowed to play in India !!! #IPL202”.

Despite his support to the IPL, Vaughan also criticised the England and Australian cricketers, who were allowed to pull out of the South Africa series, while they were allowed to play in India.