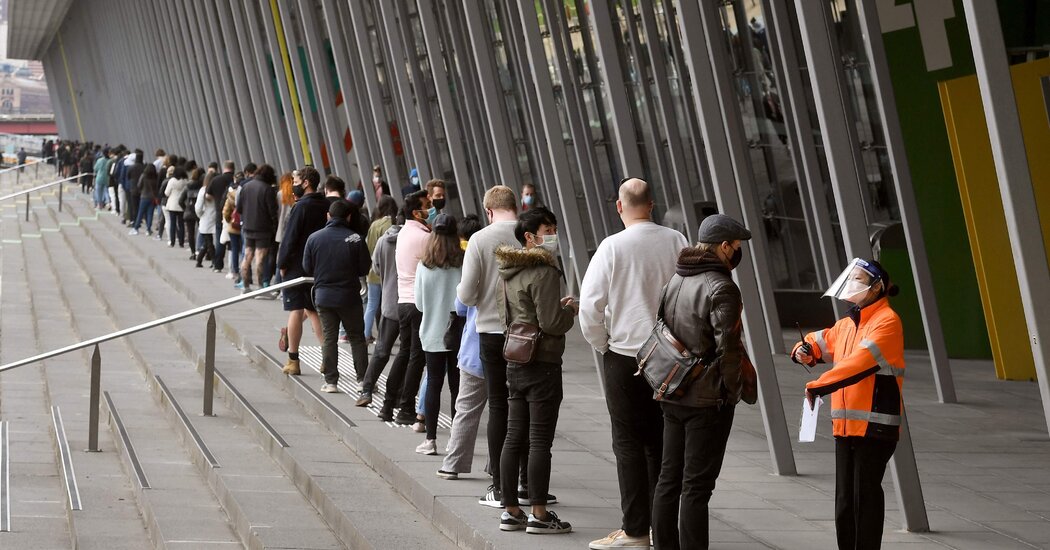 The Australian state of New South Wales on Monday reported its highest daily number of coronavirus cases since the pandemic began, as infections driven by the Delta variant continued to surge and millions remained in lockdown.

New South Wales, the country’s most populous state, reported 1,290 cases, and the authorities said that they expected infections and intensive-care hospitalizations to continue to rise until peaking in October.

“Our hospital system is under pressure,” Gladys Berejiklian, the premier of New South Wales, told reporters in Sydney, the state capital and a city of more than five million people. “We will need to manage things differently.”

Ms. Berejiklian added that vaccination was the key to increasing freedoms and reducing the spread of the virus.

Victoria, the country’s second-most populous state, reported 73 new cases of the virus. Melbourne, the state capital, is now in its sixth lockdown, making it among the most locked-down places in the world. Combined, the lockdowns have lasted more than 200 days.

As the outbreak has grown, so, too, have concerns that Australia’s vulnerable Indigenous population could be disproportionately affected.

Understand Vaccine and Mask Mandates in the U.S.

An Aboriginal man in his 50s became the first Indigenous person to die of Covid-19, in Western New South Wales, a spokeswoman for the local health district confirmed on Monday.

Though Australia is battling its most severe outbreak so far, daily cases are still relatively low compared with those in many other countries. Four people per 100,000 are becoming sickened per day with the coronavirus in Australia. In the United States, that figure is 47, according to data from Johns Hopkins University.

For now, international borders and some state borders in Australia remain closed, but some airlines have begun preparing to reopen. On Monday, Virgin Australia announced that it planned to require all its staff to be vaccinated by March.

In other developments around the globe: