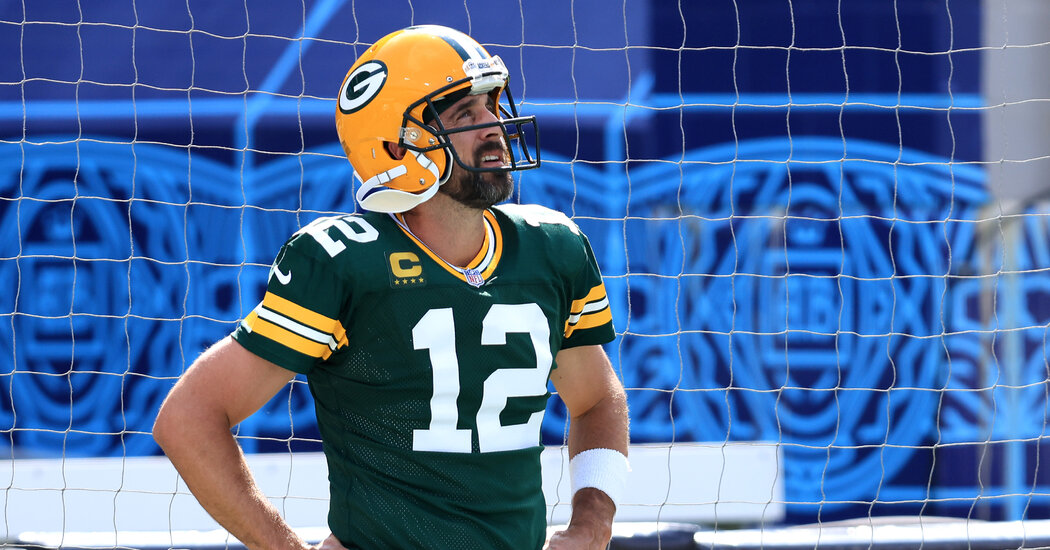 “Obviously,” Rodgers said, “the play of the game.”

Rodgers is beyond aware of how the Packers’ last two seasons unfolded and concluded, of their going 13-3 before losing in the N.F.C. championship game, in back-to-back attempts. Their defeat in January at home against the Buccaneers, and how it ended — with Coach Matt LaFleur attempting a close field goal instead of trusting his quarterback to surmount an 8-point deficit — contributed to the urgency facing this team.

Whether the Packers believe it or not, they are under pressure to reach the Super Bowl this season. They have a dire salary-cap situation, Adams appears eager to test free agency, and Rodgers, through concessions Green Bay made with his contract, has the power to determine where he plays next season. Rodgers said last week that he was “in a good head space.”

“The feel that I get with the energy in the locker room is not pressure — it’s focus,” Rodgers said last week. “I think it’s the right perspective and the right type of focus.”

After Sunday’s game, Rodgers suggested he thought the Packers were a bit complacent, believing that they would throttle a team displaced by Hurricane Ida. The Saints bypassed Florida’s other N.F.L. destinations — Tampa Bay and Miami — for Jacksonville because, in part, of its relative inaccessibility and the heat and humidity, which sapped the Packers’ energy.

“We felt like the hotter, the better,” Payton said.

But, according to The New Orleans Times-Picayune, it also didn’t escape the Saints that Rodgers was 3-4 with a 78.1 passer rating — which would have ranked 32nd in the league last season — in games played in Florida. Rodgers, pulled for Love with about 11 minutes left as the Packers faced a large deficit, is now 3-5 in the Sunshine State.

The Packers might find comfort from precedent: In Week 9 last season, the Tampa Bay Buccaneers lost by the same score to the Saints, then recovered to win the Super Bowl. There is danger in ascribing too much meaning to the first game, in presuming that Winston will continue playing with discipline and poise and that the Packers are plowing toward disappointment. What happens next with any and all of them is, as Rodgers might say, a beautiful mystery.