Do You Know About Twitch Earnings Leaderboard 2022 ?

What Disease Does Sam Elliott Have ?

Is Timothy Leeks Dead Or Alive ? Known As Lun Tim

Is Joel Osteen Divorced Or Not ?

Struggling To Make Your Kids Eat Vegetable? Fret Not; Experts Have Just The Solution For You

If you are a parent, then you know difficult it can be to get your kids to like vegetables. You must have tried endless things from cooking vegetable mixes to making vegetable uttapam, tikkis and stuffed rolls, despite that it is a challenge to get your kids to like vegetables. As parents, you realise how important it is for your children to eat more vegetables, instead, they start liking more unhealthy things like chips, soft drinks, burgers or pizzas. But what if we told that there is actually a way through which you can make your kids eat more vegetables! Sounds interesting, right?

According to a study, published in the journal “Appetite” and conducted by Penn state, if you simply add more vegetables to your children’s plate they may end up consuming more of it. The researchers found that when they doubled the amount of corn and broccoli served at a meal — from 60 to 120 grams — the children ate 68 per cent more of the veggies or an additional 21 grams. However, seasoning the vegetables with butter or salt did not affect the consumption. 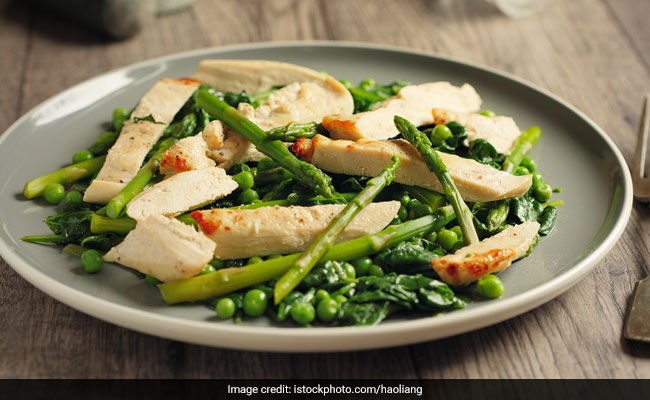 Vegetables on a plate

Hanim Diktas, a graduate student in nutritional sciences, told ANI that “The increase we observed is equal to about one-third of a serving or 12 per cent of the daily recommended intake for young children.”

“Using this strategy may be useful to parents, caregivers and teachers who are trying to encourage kids to eat the recommended amount of vegetables throughout the day,” said Diktas to ANI.

As per the official Dietary Guidelines for Americans as set by the US Departments of Agriculture and Health and Human Services, the daily recommended amount of vegetables for kids is about 1.5 cups a day.

According to the researchers, children in the US don’t eat the required amount of vegetables. The researchers used a “portion size effect” to see what happens when they made portion changes.

The Foods were weighed before and after the meal to measure consumption and during each meal, the vegetables were served alongside fish sticks, rice, applesauce and milk

Barbara Rolls, Helen A. Guthrie Chair and director of the Laboratory for the Study of Human Ingestive Behavior at Penn State, said the findings support the MyPlate guidance from the US Department of Agriculture, which recommends meals high in fruits and vegetables.

“It’s important to serve your kids a lot of vegetables, but it’s also important to serve them ones they like because they have to compete with the other foods on the plate,” Rolls told ANI. “Parents can ease into this by gradually exposing kids to new vegetables, cooking them in a way their child enjoys, and experimenting with different flavours and seasonings as you familiarize them,” Rolls added.

After evaluating the data, the researchers discovered that while larger amounts of vegetables were linked to higher ingestion, butter and salt were not. The kids said they liked both the seasoned and unseasoned versions about the same. The vegetables were rated “yummy” or “just ok” by 76% of the children.

Diktas also told ANI that “while serving larger portions may increase vegetable consumption, it also has the potential to increase waste if kids don’t eat all of the food that is served.” We’re working on additional research that looks into substituting vegetables for other food instead of just adding more vegetables.”

Is tylenol a blood thinner ? This is Paracetamol

How many cough drops is too many ?

Is a Myocardial Infarction leading cause of disability 2022?

Do You Know About Twitch Earnings Leaderboard 2022 ?

What Disease Does Sam Elliott Have ?

Is Timothy Leeks Dead Or Alive ? Known As Lun Tim

Is Joel Osteen Divorced Or Not ?

Get the latest sports news from SportsSite about soccer, football and tennis.